Episode 12 tonight, I believe there are just two episodes left plus the reunion and most likely we’ll have to suffer through a lost footage or possibly an extended reunion show.  Word is they filmed the reunion this past week and will be a 2-parter as usual.

Andy Tweeted:  In 6 seasons of RHOC, tonight’s episode is one of the best. It gets really deep in a “Knots Landing” kinda way. #heavydrama

I find this very hard to believe after a season of absolutely nothing.  I think we’re all watching just waiting to see the end of season argument between Tamra and Jeana.  We know that Jeana will end up with a face full of wine out of Tamra’s glass and the season that could have been the turn around for Tamra goes from bad to worse.

Tamra is quite frankly a bitch this season.  She was inappropriate, rude and even cruel as she had sex in a bathtub with her boyfriend on-screen, gossiped and talked behind everyone’s back this season, laughed at Alexis for having to do a loan modification when just last season Tamra had to short sale her home.  Just like Tamra, Alexis has three children in the only home they’ve ever known, I see nothing funny about the Bellino’s possibly losing their home.  Tamra seemed to think it was hysterical, proving Tamra is a really  horrible person. 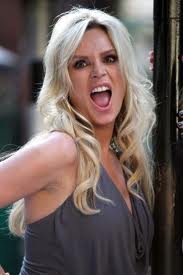 Tamra was going through a divorce, she could have gotten sympathy if she had only shown some class in dealing with the entire situation.  Instead she was a raving bitch, she flaunted her new boyfriend on screen, not just having him around but the revolting tub scene, the constant kissing and talking about sex was just so over the top and even if you hate Simon Barney, what Tamra did this season was just cruel.  “Her core is not good”  is very fitting.

Alexis didn’t show us a kinder, gentler person either in fact she was much kinder last season, the way that Alexis acted with that dress-maker was appalling!  Outside of that Alexis didn’t bother me that much, Peggy tried to paint Alexis as being competitive and jealous but I think it was actually Peggy who was trying to compete with Alexis and slammed Alexis every chance she gets.  Peggy had no story so she had to try to play off the fact that Alexis didn’t have a great opening season.  Peggy’s plan was to jump on the “let’s all hate Alexis” bandwagon and try to gain fans that way, epic fail! 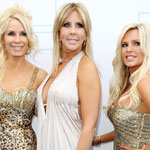 Peggy is the newest Quinn of the Orange County crowd, she was completely forgettable and the Bravo casting wizards should give themselves a time out for hiring this woman!

Vicki hasn’t changed, she is the Jill Zarin of Orange County, she thinks she is queen bee but all she is, is bossy and rude.  She really does believe in Sonja’s “pecking order” theory and thinks way too highly of herself.  Vicki’s life is really boring, she admits to working 12 to 13 hours a day selling insurance.  We really don’t want to watch that.  Vicki’s annual office trip is interesting only to Vicki and her employees, we don’t care to see them tearing up the streets of Seattle.

We know that tonight will show Vicki’s hospitalization, the same one that we read about back when it actually happened.  The drama that we’ll see tonight will all be a complete waste since we all know that there was never anything seriously wrong with Vicki and of course now she is completely fine.  We may learn a bit more about why Vicki is divorcing her husband Donn but it is clear that she enjoys attention from young guys and in her head if she was only free of Donn, she could have an exciting dating and sex life with young guys.  I think that Vicki is jealous of Tamra and her relationship with Eddie. 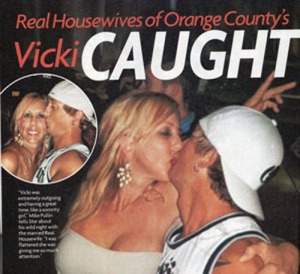 In my opinion the only reason a young good looking guy even looks twice at Vicki is either because she’s on television or because she has a good amount of money.  These guys also appreciate the fact that she’s married because they know they won’t be on the hook for the long term, they can have some fun with her then walk away, she won’t be clingy and calling because she has a husband at home.  Put a single, poor Vicki Gunvalson in a club and no one will look twice at her until she screams “woohoo” and then she’ll get a whole lot of dirty looks.

Gretchen’s the only housewife who had a bit of interesting story this season.  Like Slade or hate him he’s an interesting character and he and Gretchen have been together longer than anyone thought they would.  Rumor has it they will get engaged on the finale.  Can you imagine getting engaged and then being contractually obligated to pretend it didn’t happen until it airs on television six months later?

Alexis and Gretchen arrive without their men

For the past two seasons, particularly on Gretchen’s first season on the show she really was ripped apart by these women.  The realization that Jacqueline came to on the RHONJ Reunion last season that she was slamming Danielle for things she was doing in her personal life that was really none of her business.  Jacqueline said, “why do I care? It’s none of my business what Danielle does”.  Bingo!  The same holds true for Tamra and Vicki slamming Gretchen.  Why do they care what Gretchen does?  Even if Gretchen was guilty of everything Tamra accused her of why is it Tamra’s business?

Gretchen really sort of sat back and took the verbal poundings the last two seasons but she promised that this season would be different, she wasn’t going to take it anymore.  She did confront Tamra on one of the first episodes but then we didn’t really see these women together again after that.  Did one or more of these women refuse to film with another?

I’m really not caring much about the reunion, there aren’t any questions I can even think of to ask these women.  This was definitely the most dull season of RHOOC in recent memory.